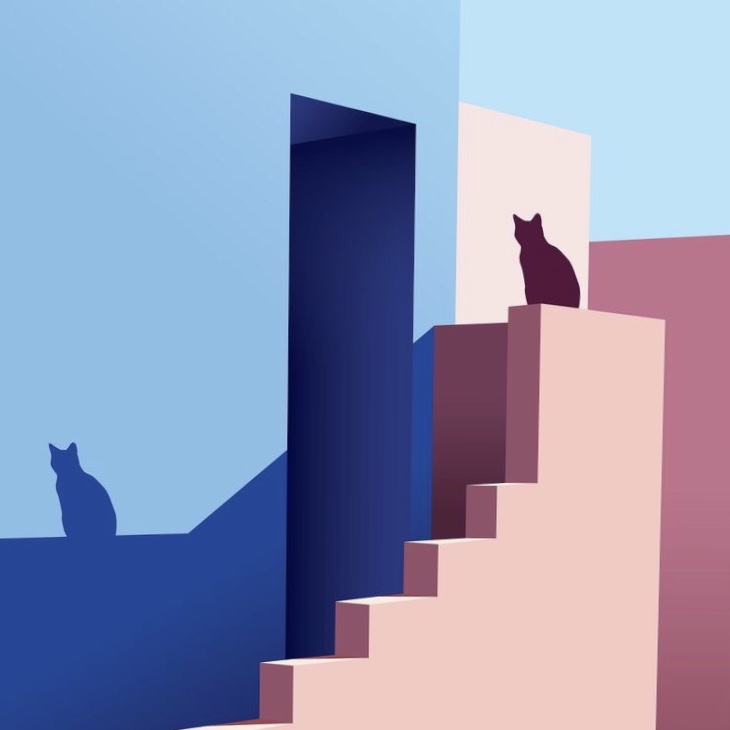 First it went unnoticed. The whole activity was very slow for anyone to even give it a second thought. It was not until we had settled completely that I had the energy to notice what was going on.

Today, while standing on the prayer mat for the first prayer of the day, I readjusted my its position, again. It was frustrating to always find it pointing a little too south than it should be. We usually left the prayer mat opened because it was a welcome sight to us; like you can just go stand and start praying. It was that easy. These constant readjustments were getting a little annoying. That night I nudged my husband and asked him if he was playing tricks on me by moving my things here and there. He said no, he wasn’t. I didn’t believe him.

I started noting it now closely. I would readjust, take note of the exact dimensions and leave it. Sure enough, every morning, it used to be facing a little more to the South than necessary. Does it get a little creepy if I tell you it started happening in other places also? My bedroom carpet started moving too. Every morning, I would set it just right, horizontally and vertically centered that would shame even a perfectionist, and by the end of the day, it would be in a completely wrong direction.

The fright started to creep up on me. I told myself I shouldn’t encourage such thoughts so I started diverting myself. I was not ready for another tiring exercise of packing and moving. The funnier side of me kept telling myself, mill baant ke reh lete hain, these are just carpets! One evening, it was about to get vicious.

One evening, I was back from the gym while my husband was still there. I decided to shower and while I was at it, I heard a loud knock on the bathroom door. I didn’t pay much attention, I thought it’s my husband playing a prank on me. My fright knew no bounds when I stepped out only to find my husband still not home. I calmed down my nerves and called him and found him still in the middle of working out. I told him I was scared and asked him to come home as soon as he could.

I still don’t know about the knock but since my paranoia grew so much with the moving carpets, always measuring, noting, measuring again, my husband played a prank on me. While I was out one morning, he happened to drop by from work. Before leaving, he folded the carpet on itself. When I came home, I went crazy! I called him and told him what happened and a lot of other things one say in paranoia. After a while, he couldn’t take it anymore and burst laughing.

And so, I decided to drop the case of the poor carpets and later realized it was nothing but my mind playing tricks on me. Your mind will make you believe what it wants to believe. Even though I found this the hard way, it is still a great story to tell our guests!